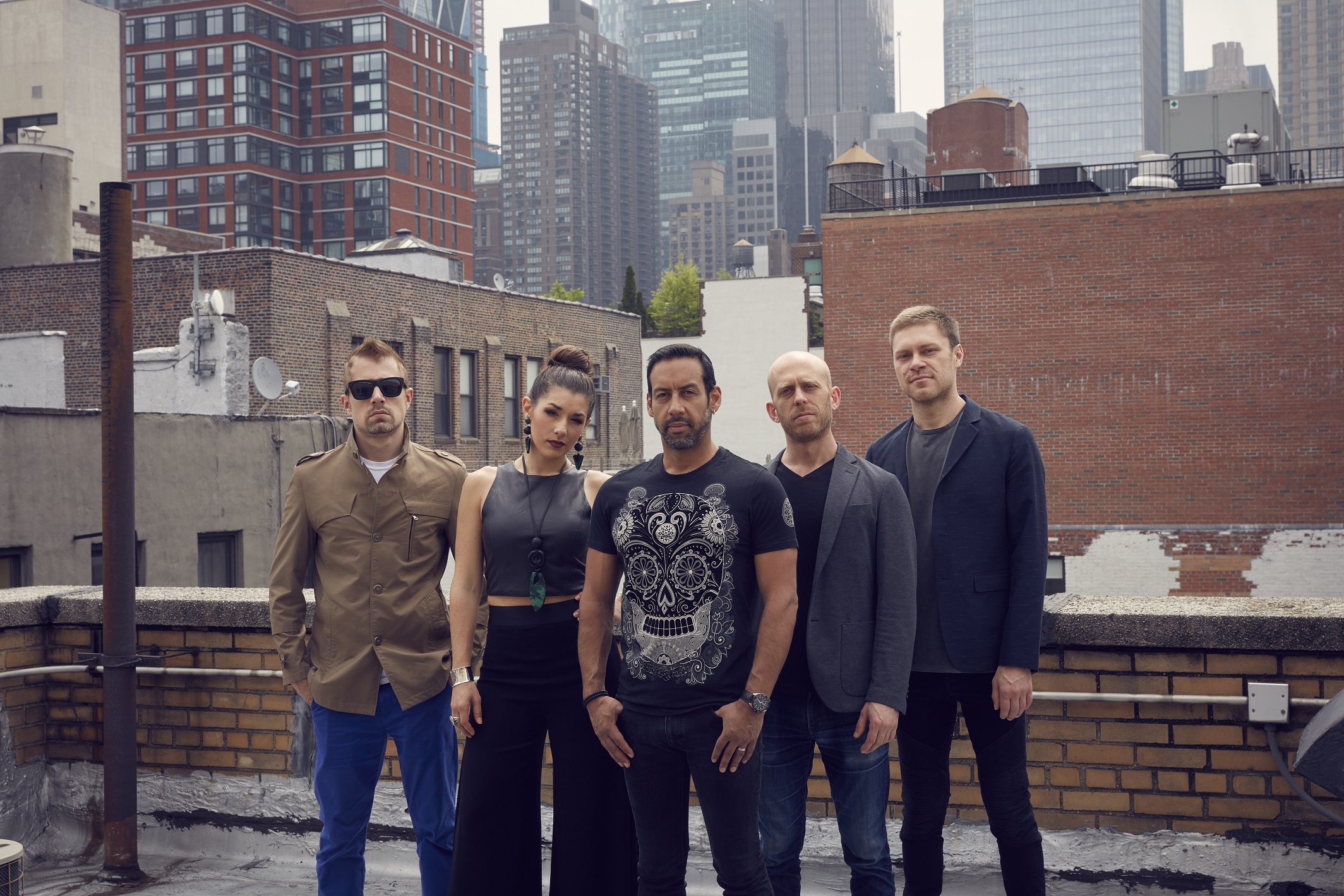 A protest, anti-Trump, album the ostensible protest element is in the brief opening police radio, siren, and street found sounds track that then sets up a very pacey rollercoaster feel to what follows.

Here we have long time Pat Metheny drummer Antonio Sánchez above centre in his band along with expat English pianist John Escreet on keyboards, Matt Brewer on bass, Thana Alexa vocals, and Chase Baird playing tenor sax and EWI and who all have blended via pulsating jazz-rock to deliver more than that bald statement and blunt instrument of “protest”.

Not jazz-rock in a 1970s sense although borrowing from that instinct to avoid narrowness and embrace the friction-less borders of different styles of music, this has a rugged presence and there are dreamy avant touches courtesy partly in the harmonic underlay that Escreet, a spiky player on his own records, unobtrusively provides. He injects a turbo boost to the Pat Metheny Group-like serenity that is all pervasive throughout, comparable in texture to the mood of say 1997’s Imaginary Day well before Sánchez joined Metheny circa Speaking of Now five years later.

Migration feel like a much bigger unit and are not really in the business of dashing off a procession of solos. That is the skill of the way Sánchez writes and ‘Travesia’ itself is like a concerto and unveils a group think panorama in performance where images and colours emerge to tantalise and enhance the direction of the music.

As for the protest itself in terms of words Sánchez has put out a statement that includes his thoughts that he believes: “Donald Trump has agitated a false, misguided sense of nationalism that has slammed minorities’ backs against the wall… A lot of artists are not open about their political views, but to me it’s part of the artist’s duty to speak up and make people think. Either literally or through art.” Few would disagree with that sentiment.

Political passion is somehow fed into the album and yet there is tenderness as well as righteous fury too say on ‘Home’. The way the writing trajectory operates is that the Gretchen Parlato-like vocals are integrated rather than seeming to be a band plus a semi-detached singer and Lines in the Sand is strikingly a collective endeavour that stresses humanity above all as a fundamental desire. Certainly one of the best albums of the year. SG. photo: Justin Bettman
To be released on 16 November.