Hotshot Scots descend on the Vortex 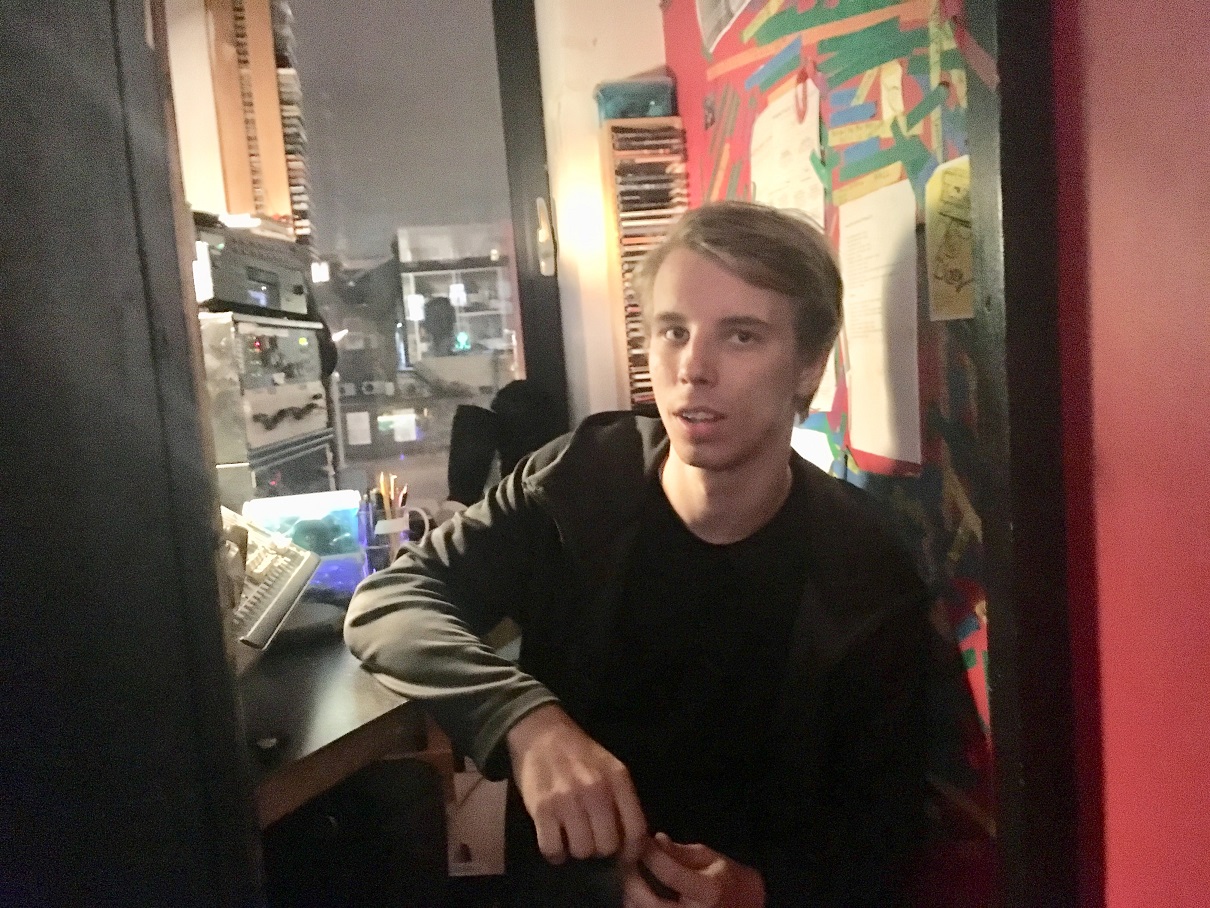 Soundman for the night, Louis, in front of the Vortex sound booth and who provided an organic set-up. A Jesus lookalike on piano. Who the disciples were or not was hardly the issue.

The bassist Ali Watson was neither the messiah nor a “very naughty boy” and hardly er, Idle. A band of monster players scarily young who know how to testify orating via the parchment in Fergus (Jesus lookalike) McCreadie’s case of Vortex (i.e. selfsame Warner-imprint) period Keef.

The drummer, the quartet's own Baby Spice Tom Potter had Sebastiaan de Krom-level chops and last but of course not least tenorist Matt Carmichael on a vintage looking tenor saxophone whose sound to my ears is predominantly Joshua Redman-esque with traces in terms of style dialect of his fellow Scot Konrad Wiszniewski evident and whose own folk jazz explorations spool from post bop orthodoxy to reel in the New Melodic.

The Scottish scene long fairly dormant in terms of profile beyond the nation but vibrant by all accounts within since the long distant Tommy Smith uprisings and revolt into style has found some new visionaries to discover in these guys and that is for sure in this instance a band that sounds like a band and not just the collected might of a set of asymmetrical haircuts on a night out.

Carmichael’s stage patter is a little gauche but he does not over chat. The bassist Ali Watson stole the show and when sound engineer Louis adjusted his level and fixed his pickup the crowd responded hugely.

Of the material ‘April Song’ (“not written in April,” Matt explained in an approximately Reid brothers-type regional Scots accent Proclaimers fans take note) was the pick but all the tunes issued on Matt Carmichael Quartet and released earlier this year worked. These guys have a future — less life of Brian than straight from the contemporary jazz bible they somehow have swallowed whole— ye ken, Jimmy? SG text + pic