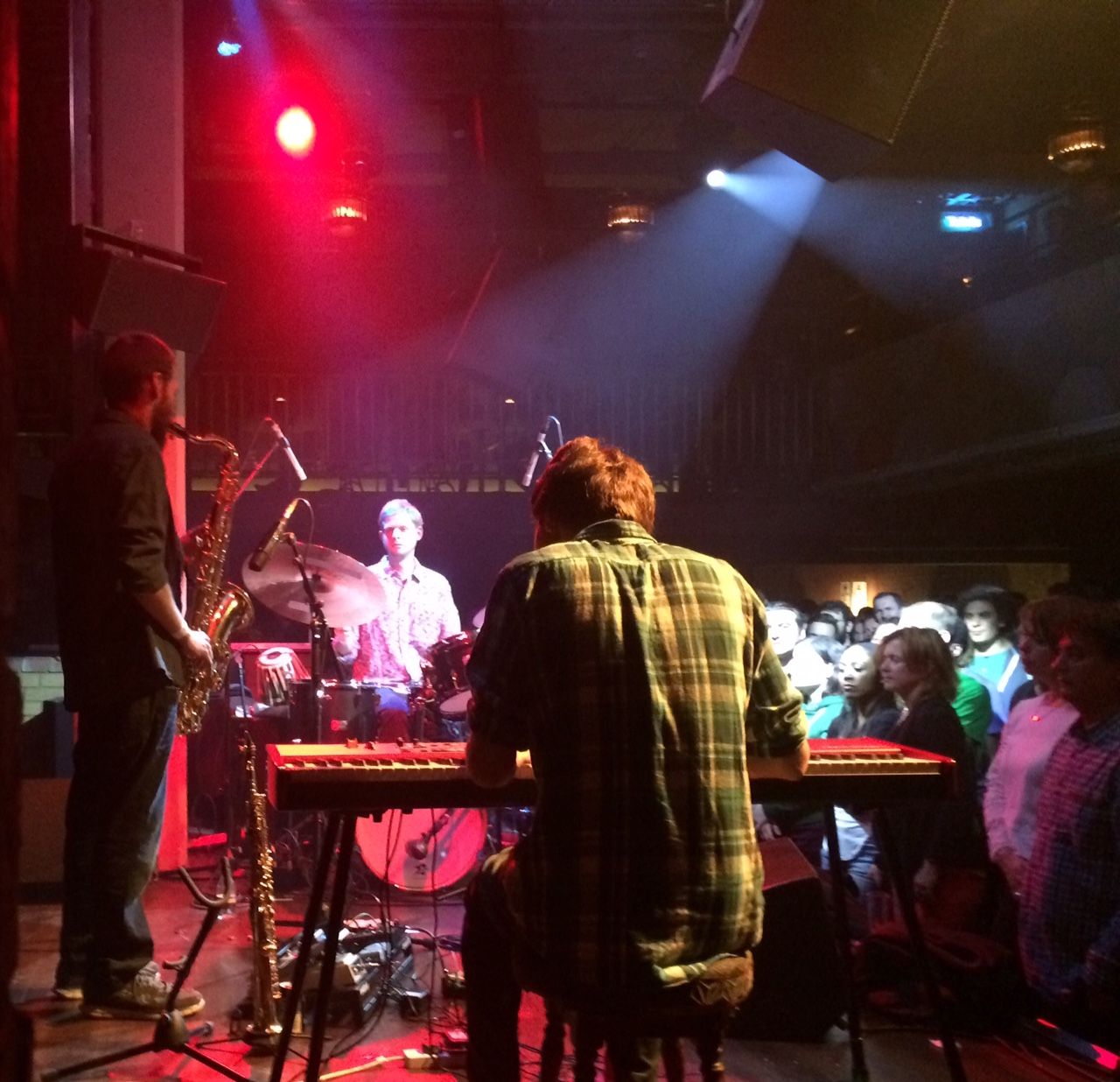 All tomorrow’s parties? More like yesterdays, the ghosts of gigs gone by at the Jazz Cafe spun helplessly in the ether waiting for Mammal Hands who hit the Camden venue’s stage around 10pm.

The place according to The Londonist has had a lavish £3m facelift, and I found myself on autopilot standing in my usual spots piecing the place back together in my mind’s eye yet wondering where all the money had been spent. One of the main differences you notice walking in off Parkway through a big, heavy door is that the bar at the front is gone and the lounge near the windows has been shrunk back to a small bench along the wall, in their place a better, longer bar over on the right. The staircase that bands used to descend to the stage is gone but the high walkway at the back above is still there and upstairs it is all a fine dining restaurant very much as before. The style is roughly art deco and there is rather a lot of brick cut for effect into tidily tasteful patterns.

Memories, memories continued to flood back. Rashied Ali back in 1997. Ali a revelation and even then still a revolution. Years before coming to the place for the first time to hear the very different keyboardist Lonnie Liston Smith, more jazz pillow music, towards the tail end of Jon Dabner’s controversial time in Camden, the maverick promoter who had brought the concept down from Stoke Newington where he ran a very different operation. The Jazz Cafe later was run by tough music biz legend Vince Power, and even later HMV when the rot began to set in and the booking policy completely went to pot. 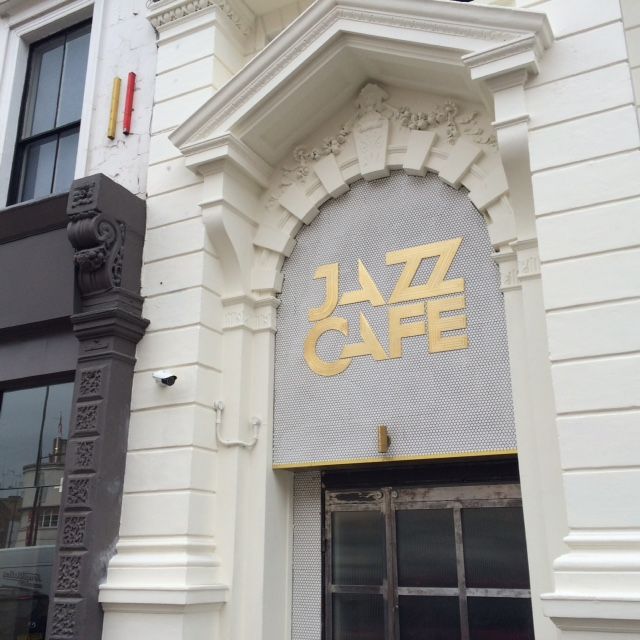 The STFU (shut the fuck up) sign on a pillar at the front and Miles-like trumpeter logo have been binned, the place now owned by a chain The Columbo Group that also runs Old Street’s trendy XOYO and Camden High Street’s plastic but comfy Blues Kitchen among its trophies and feels without being too uncharitable more like a Caffè Nero with beer than a Village Vanguard, the place certainly needs living in a bit.

Wynton Marsalis. José James. Trilok Gurtu. Bettye LaVette, the last time I was in the place three-and-a-half years ago. The Roots. Cassandra Wilson... on and on the list goes, some great nights, some terrible ones, too. The Jazz Cafe in its heyday approached the standard of Ronnie Scott’s but the new owners will have to work very hard and bring in some great bands to ever recreate that special time. There won’t be a lot of jazz on in case you were wondering but hopefully some plums now and then.

This gig was headlined by jazz minimalists Mammal Hands after a far too long support set from the loungily jazzual singer/songwriter Pete Josef and his band and was packed, the tickets fairly cheap, now doesn’t that make a change, and certainly compared to the Soho jazz club prices, the crowd, in to hear off-the-peg arpeggios and the sheer ecstasy of minimalism and nods to spiritual jazz contained inside the insatiable love of the music the Smart brothers and Jesse Barrett display, were well rewarded. The Hands, a bass-less piano/sax/drums set-up took to the stage as the smoke from the venue’s well equipped stage rig (the lighting now is far better than I remembered it) drifted up and away.

Their second album, Floa, is just out and it’s pretty good (actually I enjoyed it more than hearing the band live). Mammal Hands thankfully don’t serve up reheated swing, they don’t swing in that sense as it’s all firm chunky Nord arpeggios, vamps that become riffs, piano and sax as one, a brothers thing, the emotion hitting you between the eyes as the band get louder and louder on a brilliant track like ‘Hourglass’ that recalls Knee-Deep-era Portico Quartet a bit but there’s no hang in sight. Jordan Smart channels Pharoah Sanders quite intuitively and plays until he exhausts himself, giving it his all. I found myself totally lost in his sound and loving the little touches of tabla Barrett occasionally introduced as his patterns grew more expansive and dancier.

Full marks for resisting the urge to fake tales of 52nd Street and ‘speak,’ so to speak, with American accents, they’re from Norwich after all, that you get with some jazz acts who lack the freshly made melodic scraps the Hands have at their easy disposal. Alan Partridge incidentally might search in vain for the REO Speedwagon hommage at their gigs, they are not his kind of band, probably just as well. Stephen Graham

Mammal Hands: Jordan Smart, top left, Jesse Barrett and Nick Smart at the Jazz Cafe, and the Parkway exterior above