Tori Handsley trio at the Vortex 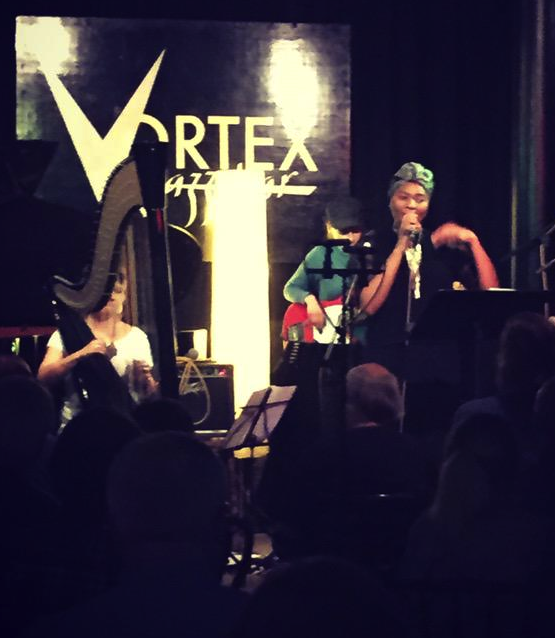 Handsley, who has been a regular at the Vortex Freedom sessions in recent months and has performed with the likes of Nigel Kennedy over the years, draws out the guitar and bass possibilities of the harp, the wide range of options for accompaniment or signature statement harnessing swift cascades of liquidy motion.

Playing original material of Handsley’s including ‘Kestrel’ featuring singer Chantelle Nandi, the first set was dominated by the interplay between harp or piano and voice, the trio taking a back seat for a while Nandi’s experimental expressively soulful voice finding plenty of improvising room.

A later guest was Nérija tenor saxophonist Nubya Garcia who took the sound into a more Coltranian space the trio responding in a different way and certainly the improvisational potential opened up that bit more.

As the set progressed more spiritual sounds crept in and Handsley indeed has been influenced by such cult figures as Dorothy Ashby whose albums Afro Harping and the Rubaiyat of Dorothy Ashby are key collectors items from the late-1960s and early-70s, part of a very small discography of jazz harp albums in the music. Check out the original sounds of Handsley here on an EP she has released from ‘Other Side of the Train Tracks’ also played at the Vortex.

The Sunday session downstairs was well underway by the end of the Handsley trio set, and you could hear the tantalising sound of bebop rippling through.

Led on a weekly basis by Austrian guitarist Hannes Riepler for the last two years there was a wave of talent arriving downstairs by the piano featuring both well established players and brand new hopefuls. Blink hard and you could find yourself transported to deep inside the covers of a Jack Kerouac novel. 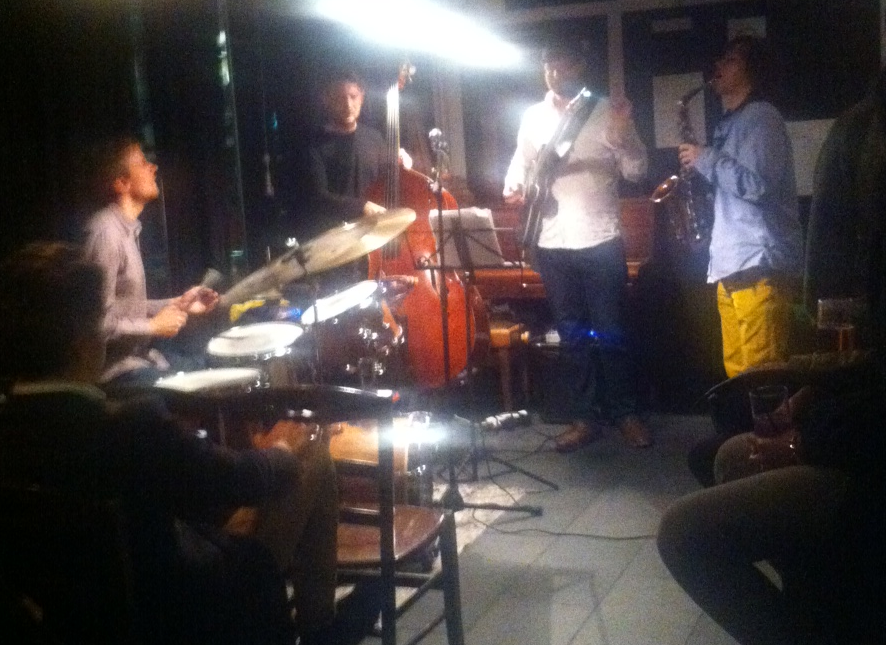 Pianist Kit Downes, touring soon with Julian Argüelles, drummer Jon Scott of Kairos 4tet, excellent new bass face Ferg Ireland, a regular at Wednesday’s Ronnie’s hard bop jam, teenage sax star in the making Sean Payne – sounding remarkably like a young Martin Speake – incredibly characterful Russian sax ace Zhenya Strigalev, whose album Robin Goodie came out earlier this year and recently married pianist Bruno Heinen whose new Postcard to Bill Evans is released in September were some of the jammers, lively saxman Giacomo Smith also making an impression, while the presence of tenorist Alex Merritt whose album Anatta comes out later this year was also a plus. On Monk’s ‘Bye-Ya’ Downes came into his own scampering joyously all around the upright piano, lost in the music... as were we all. SG