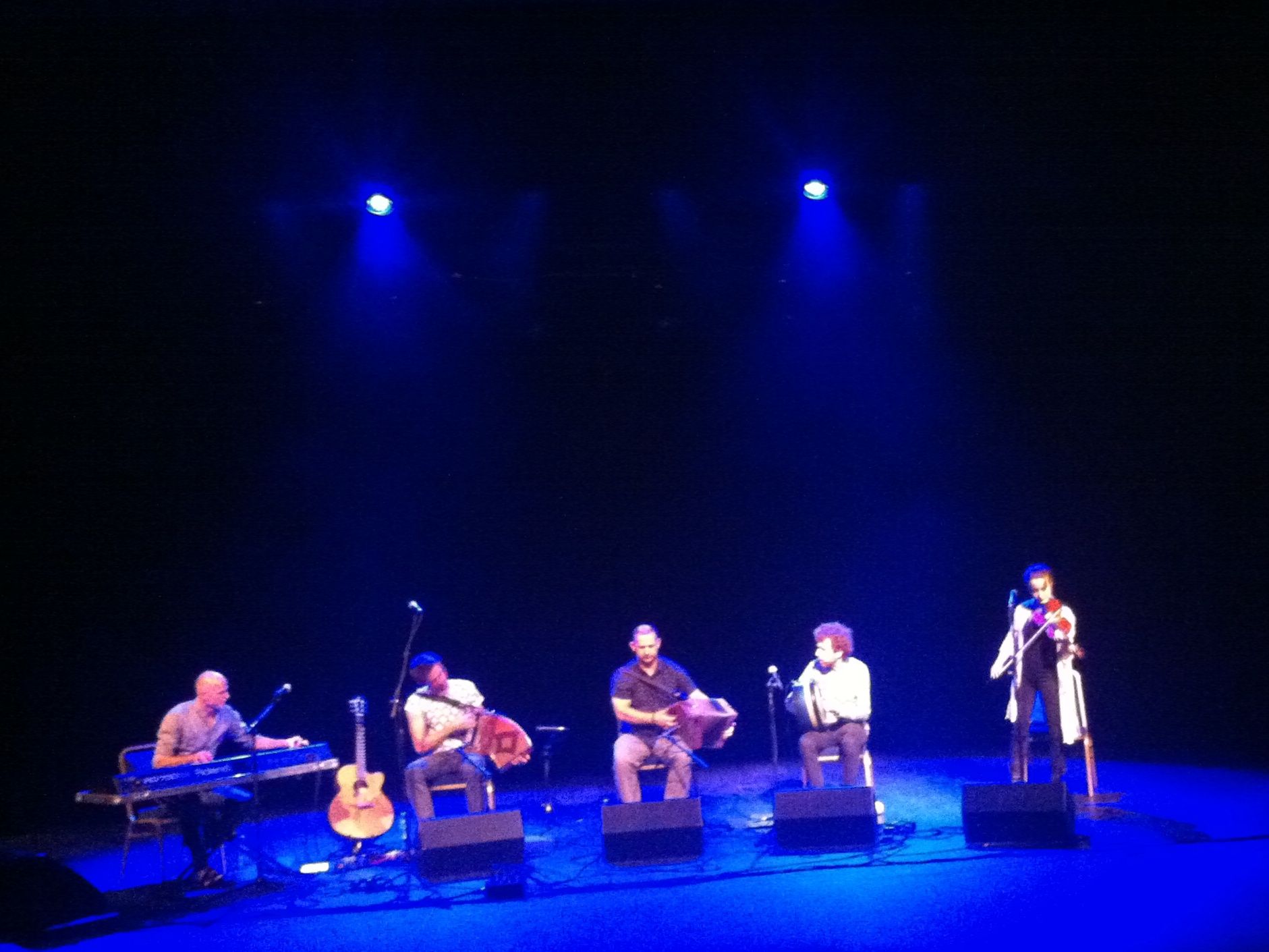 Their first appearance in the Fermanagh theatre, Beoga weren’t sure what to expect in terms of an audience, bodhrán player Eamon Murray confessed towards the end of their set. He needn’t have concerned himself as there was more than a healthy turn-out for this eclectic Irish traditional band that folds in a sophisticated range of styles effortlessly within their sound.

A complex harmonic and metrical mix, the accordions of Planted producer Seán Óg Graham (also on guitar) and Damian McKee, pianist Liam Bradley, scintillating percussion from Murray, and melody path-finding violin and vocals from Limerick’s Niamh Dunne, the sound palette where chunks of off-kilter rhythm, often delivered at ferocious infectious speed, half a tango here, an off-beat or pregnant pause there, the reels and slip jigs precise and glistening, traditional folk balladry (‘Farewell To Carlingford’ a gem) also finding their way in, tempos shifting hither and thither like a straw dancing in the wind.

Highlights included ‘Cu Chullain's Despair’, a tune that dates back to their 2007 album Mischief, and Niamh Dunne excelled on the travellers song ‘Woman of No Place’ early on, while later the jaunty 1930s number, ‘Please Don’t Talk About Me When I’m Gone’, which hinted obliquely at a vintage jazz sound, and lively ‘Dolan’s 6am’, a paean to the Limerick live music venue Dolan’s, drew on the liveliness that is written into the band’s name.

Murray’s bodhrán solo towards the end complete with spooky lighting was superb and he’s a funny front man. I wasn’t so keen on the audience participation number ‘Home Cookin’’ although the audience sang along happily enough.

Support was from the young Fermanagh/Tyrone five-piece Ceolmar. A highly inflected cover of Joe South’s ‘Games People Play’ – a song Niamh Dunne covered by coincidence on her 2013 solo album Portraits, the boys here drawing on the Dick Gaughan version – stood out.