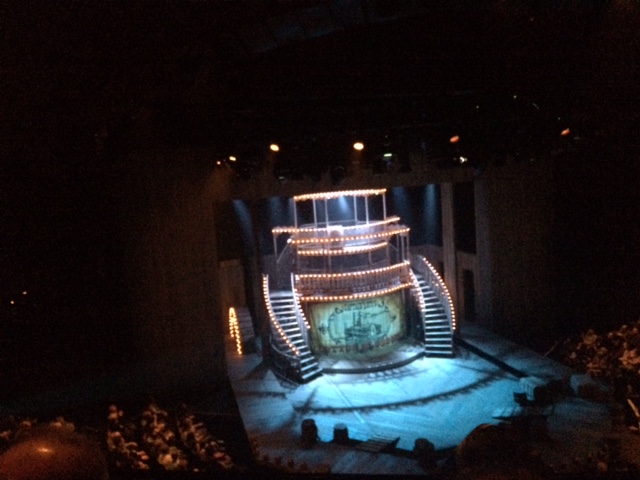 The first night of the latest revival of Show Boat (****) here at the New London theatre, the first in many years in the West End.

Jazz as a whole owes a lot to musicals, that’s often forgotten or at best hazed over by the catch-all material of Great American Songbook particularly in Europe when we, with the best will in the world, are removed from the intimate traditions of American history many decades on from the genre’s heyday. Jazz might have moved on but step into any self-respecting jazz club any night of the week and songs from the shows live on meaningfully interpreted by today’s jazz singers and instrumentalists.

Going back to a massive source and the music of Jerome Kern and lyrics of Oscar Hammerstein II (and PG Woodhouse on the brilliant ‘Bill’), Show Boat not only musically but in terms of racial issues is compelling today and has relevance, without too much of a leap of the imagination, to such campaigns as Black Lives Matter. Are we as liberal now as we think we are, what actually has changed? All sorts of questions still need asking and this production assists in this process.

Dealing with themes of racial prejudice, harsh exploitation (think carefully of the lyrics of ‘Ol'’ Man River’ and the ironies and grey areas in a Oscar Hammerstein II line such as “Coloured folks work while de white folks play”), the once outlawed miscegenation, this hugely accomplished revival emphasises the way both black and white characters in their different stations in life interconnect without putting too much of a gloss on it even bearing in mind that this is a high-end song and dance show full of romance and love.

Directed by Daniel Evans, incoming artistic director at the Chichester Festival theatre, the production arrives from Sheffield and comes alive in the Trocadero scenes after the interval, an extended cakewalk only a little too long, earlier the brutality and destruction of Julie LaVerne (Rebecca Trehearn) resolved ultimately with Julie, in her cups, superb.

‘Ol Man River’ however is a powerful leitmotif running through the work, the depth and charge of dock worker Joe (Emmanuel Kojo) in potent contrast to the high note pyrotechnics and sheer smilingly apt facility even in her period of slumming it in Chicago of Magnolia (Gina Beck). 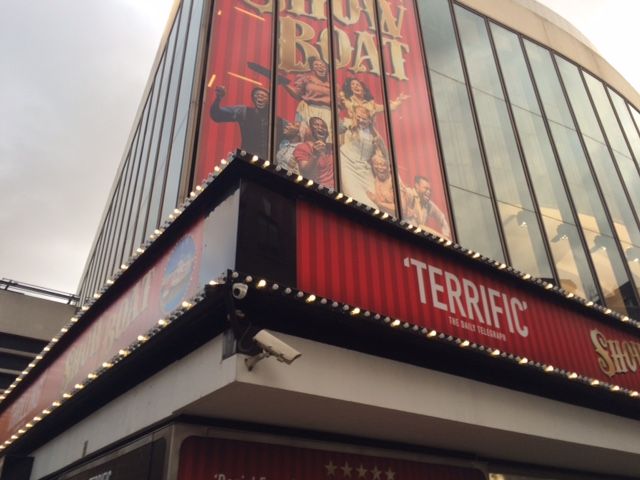 Capt’n Andy played by Malcolm Sinclair with a Jim Broadbent-like sense of ambivalent mischief ages nicely and the fractious relationship he has with his formidable wife Parthy (Lucy Briers) is cleverly weighted. The southern accents of the cast wobble now and then to slide into an indeterminate drawl but this doesn’t detract too much. The set design is OK, certainly slick and manages with the aid of screens and synced date lines to indicate the passage of years easily to segue from Chicago street scene to the Troc where Magnolia shows what a trouper she is with some ease, the Cotton Blossom top dominating the iconography, the lighting simple enough and never too brutal.

Exterior of the New London Theatre on Drury Lane, above