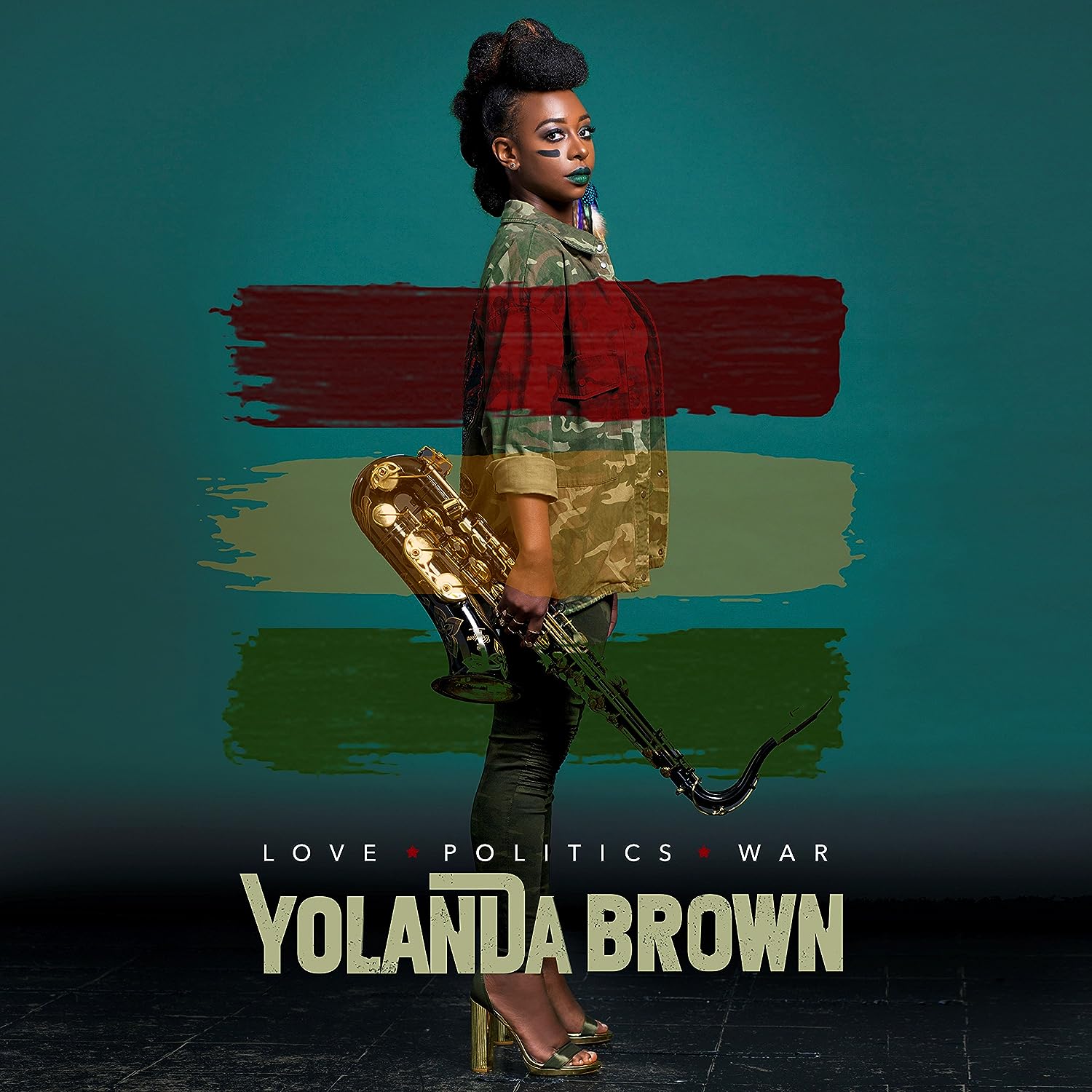 The most successful jazz saxophonist in the UK you never heard of.

YolanDa Brown is a less edgy successor to Courtney Pine, her sound moving mostly away from smooth jazz and the Afrobeat she has in the past experimented with to be grounded instead in lovers rock. Essentially that means her approach is highly accessible.

But do not hold that against Love Politics War  (***) out now on the Black Grape label, the title echoing guest Raheem DeVaughn’s Love Sex Passion cheekily or not at all.

Starry international guests including Snarky Puppy’s Bill Laurance, Casey Benjamin, Jon Cleary, DeVaughn, and even classical star Evelyn Glennie all contribute to make this the saxophonist’s most ambitious work and is something of a statement less of hubris than poise.

A regular very clean reggae-type and bass heavy beat limits the improvisational scope but does not banish it entirely.

And while the album comes across as melodic and accessible, and Brown knows how to interpret a ballad beautifully, it might well appeal more to UB40 fans than anyone more attuned to Sonny Rollins.

Taken on its own merits and away from the jargon of terminology the album is perfectly pleasant and easy for a non-jazz audience to dip in and out of and for a jazz one to indulge in.

Brown, who has won MOBOs and was awarded an honorary doctorate in 2011, has a resourceful tone that stands up to repeated listening scrutiny although she hardly needs let alone chooses to manoeuvre over complex improvising lines and instead keeps it direct via chunkily broad brushstroke motifs that she never sells shorts in the interpretation.

Pro-refugee wisdom song, a Maxi-Priest like atmosphere duly conjured, ‘Prosper’, with Raheem DeVaughn is the pick of the tracks, the toothsome ‘Never Too Late’ by contrast the least effective as it verges on the woeful cop-out that is smooth jazz although it does score in terms of sincerity. ‘Prosper’ working far better has a highly persuasive vocal from the US singer and walking the walk Brown displays plenty of dramatic empathy and expressive skill as she responds with bell-like tone in her intertwining lines to the uplifting ‘let freedom ring’ testifying of the lyrics that reflect joy and forgiveness that rises up and conquers in its spell.