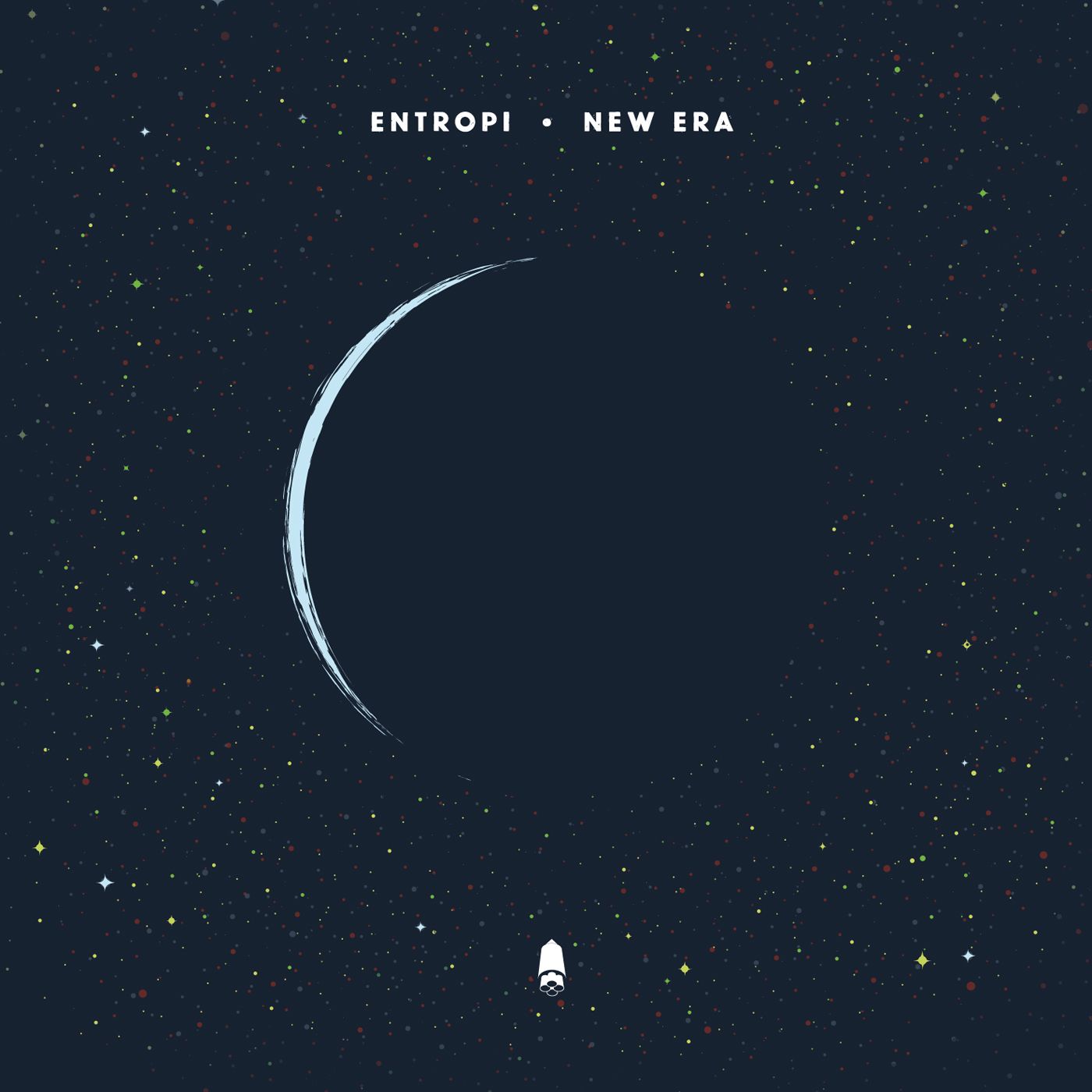 Opening with the title track you get the distinct feeling that something is going on. You’re slap, bang in the middle of a conversation.

And it’s one with plenty of contributing voices: jostling trumpet from Andre Canniere, duelling saxophone from leader Dee Byrne, Rhodes-y keys from Rebecca Nash emerging from the swelter of improvising and a busy ensemble sound scrunched up tight and then released. The quasi-martial drumming of Matt Fisher hustling the sound eventually back towards the Blakey era, yet the hints are this is a more modern sound. Later (spoiler alert) that is borne out. And when alto saxist and leader Dee Byrne’s solo comes it’s faraway-sounding, double bassist Olie Brice’s accompaniment pulsing and pinking like low octane petrol, the keyboards relaxing.

Eight tracks in all, each one written by Byrne with titles quite scientific in character, lots of orbiting and space references part of the track-titling conceit.

Entropi is a five-piece surfacing here on an album for the first time. Byrne has studied linguistics and holds a masters in jazz performance from Trinity College of Music where she was tutored by, among others, Martin Speake, Julian Siegel and Jean Toussaint. She has also collaborated with Cath Roberts in the weekly Lume nights and is touring with Roberts’ band Quadraceratops this month.

Interesting, stimulating music that is quite hard to pigeonhole gripped by a strong group instinct that moves from hard bop and structured modal sounds into more improv-soaked free-bop (the latter side heard for instance on ‘Orbit’).

Recorded at London studio Fish Factory in April 2014 by the well-known London scene jazz recording engineer Ben Lamdin second piece ‘Mode for C’ was inspired by Coltrane’s ‘Miles’ Mode,’ according to the liner note, while other tracks speak of influences that include “the ever changing and insecure nature of existence” and two separate journeys “into the cosmos.” (In case you were wondering there is a certain amount of humour in some of these annotations just in case you were thinking it is all a bit earnest.)

The playing is of a high standard and spreads its wings liberally across styles inclining towards collective explorations that don’t waffle in a musical sense at all but retain their power as much in atmosphere as in bulldozing impact. Byrne’s alto sound is a little like Eric Dolphy’s.

‘Crippled Symmetry’ has a slow almost hymn-like opening played by Nash on piano this time, which is quite haunting, alto and trumpet then slightly out of step haltingly expressive before the tune goes up-tempo. Final track ‘Space Module’ is experimental, more about fractured textures and electro-acoustic harmonics, entering more of an Evan Parker world temporarily.

Worth discovering and going out to hear live if you’re near any of the venues when the band are on tour. Where they succeed best as a unit is when they are more relaxed-sounding and spread out, for instance on ‘New Era’ and ’Space Module.’ SG